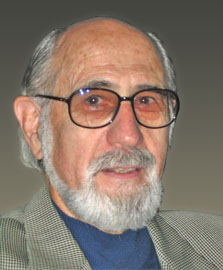 The Birkey family is sad to communicate the death of Del Birkey on May 13, 2009 – the result of a intracerebral hemorrhage. We encourage you to read Del Birkey’s Obituary below and leave any comments or memories that you may wish to share.

Delmar Gene (Del) Birkey was born Feb 16, 1933 at Foosland, IL, son of Alvin and Amelia Birkey. He died May 13, 2009, at Central DuPage Hospital at the age of 76. Del attended a one-room country school, then Fisher High School, graduating with the class of 1951.

In June 1952, Del married his high school sweetheart, Donna Schrock, and the couple moved to Columbia, S.C., where they attended Columbia Bible College (now Columbia International University). Del graduated in 1957, earning a Bachelor of Arts in Biblical Education. While in Columbia, he served as pastor in several churches. He was ordained in 1955.

During the years 1962-1967, Del was part of the ministry of Youth Gospel Crusade, Westboro, WI. His particular specialty was youth meetings in churches using chalk drawings and magic object lessons. In addition, Del served as program director at Camp Forest Springs for several years.

Del served as minister at several churches in the western Chicago suburbs, but his most significant ministry was His Community Church—a house church that met for 15 years and was the culmination of his passion for renewal. Following that experience, he wrote a book published in 1988 titled, The House Church—A Model for Renewing the Church.

Another of his concerns was equality for women, especially within the church. In 2005, his book The Fall of Patriarchy—Its Broken Legacy Judged by Jesus & the Apostolic House Church Communities was published.

The visitation and funeral was held on Monday, May 18, 2009 at Hultgren Funeral Home in Wheaton, Illinois. A burial service was held on Tuesday, May 19, 2009, at East-Bend Mennonite Church Memorial Gardens, near Fisher, Illinois.

Del was an avid supporter of both of these organizations. Memorial gifts may be directed to either:

Please memo the gift in memory of Del Birkey.